Het Schoolkrantje is an independent gay zine about intimacy, created by Christian Koch and Jakobus Valkering. What are the different forms of intimacy and why seem some gay men have a fear for vulnerability and intimacy?

Christian and Jakobus created this zine to start a conversation with the LGBTQI+ community about the lack of connection, vulnerability and intimacy. How can we fulfill our desire for less emptiness and loneliness in a scene that seems to be obsessed with sex.

Het Schoolkrantje has been launced during Pride Amsterdam 2021. The zine costs 10 euro’s and will be published in a limited edition. It's written in  English and contains a manifesto, interviews with gay men about their approch to intimacy and photography.

Since we launced Het Schoolkrantje we got request from people all around the world who wanted to buy the zine. We are very happy that the gay zine found it's way to China, Canada, USA, Germany, Sweden, Brazil, and Argentina.

Het Schoolkrantje is for sale in several bookstores. You can order your own copy in the webshop of The American Book Center ﻿or the webshop of Athenaeum Nieuwcentrum in Amsterdam. You can also order a copy at the Boekhandel Vrolijk. Het Schoolkrantje is also for sale in the Eisenherz Bookstore in Berlin, De Kartonnen Dozen boekhandel in Antwerpen and in Boekhandel Scheltema in Amsterdam.

Het Schoolkrantje became also part of the exhibition 'Intimcacy: New Queer Art from Berlin and Beyond' in the Schwules Museum in Berlin. 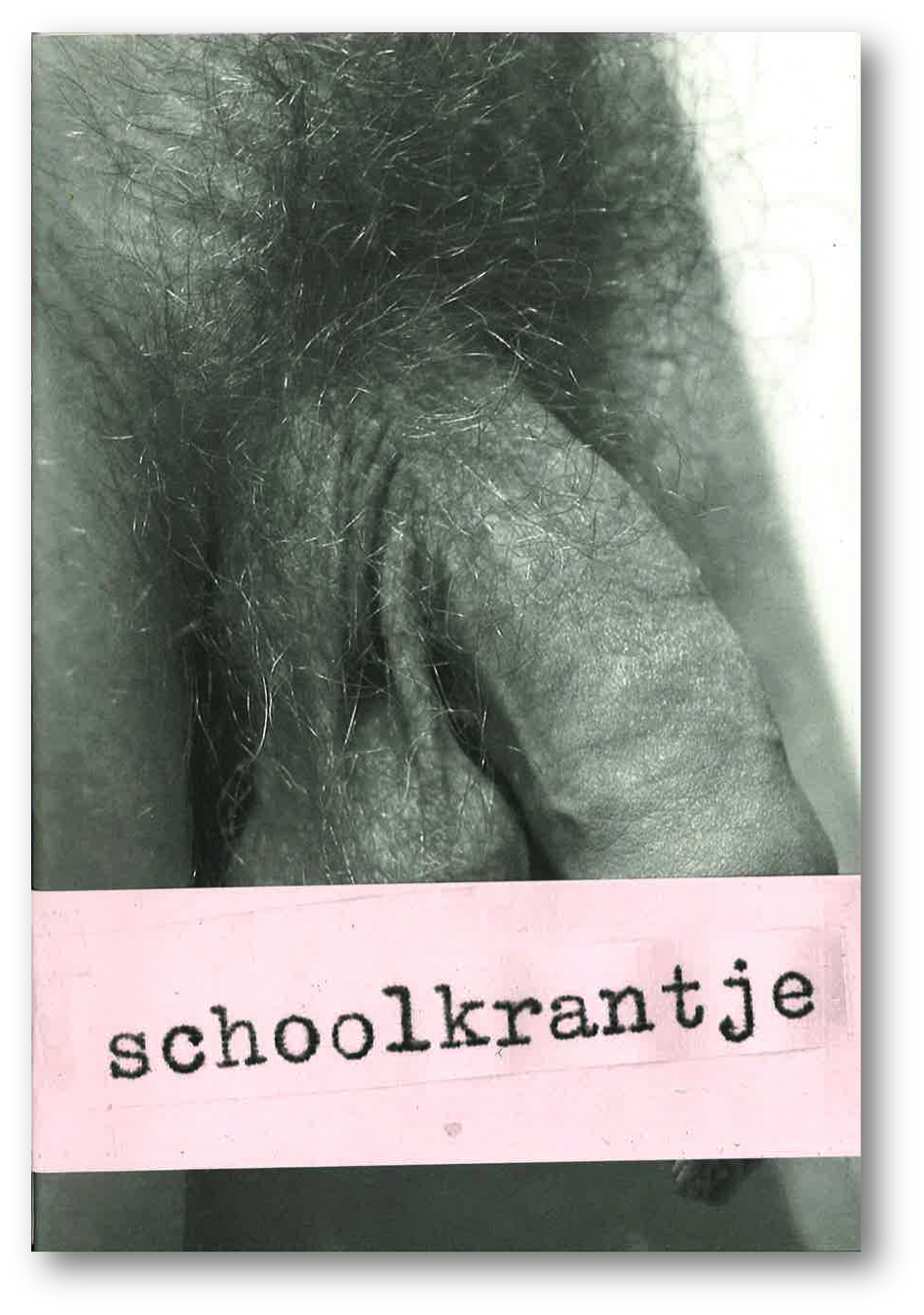